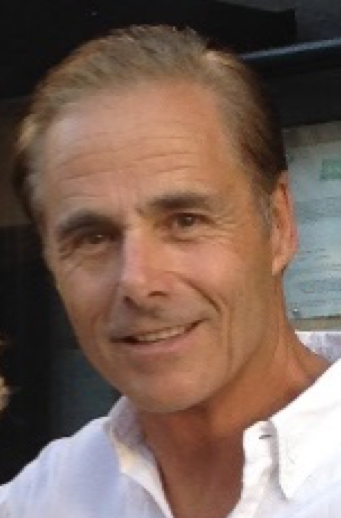 Rich Casale is a recently retired USDA Natural Resources Conservation Service (NRCS) employee (2017) who served as a NRCS natural resource conservationist for nearly 43 years in the Monterey Bay area of California. Rich is an active Certified Professional in Erosion and Sediment Control (CPESC #3) a credential that he has held and been very proud of for more than 35 years. Rich has extensive erosion and sediment control planning and on-the-ground technical experience having assisted thousands of land users with their erosion prevention/control needs over his career. He has also assisted several California communities in need under NRCS’s Emergency Watershed Protection program following devastating fire, storm, flood, and earthquake disasters.

Rich has been instrumental in forwarding erosion and sediment control programs at the local, state and national level. In fact, he co-founded CPESC more than 35 years ago. CPESC is a certification now offered through an international certification program known as, EnviroCert International. To date, more than 10,000 professionals have become CPESCs in 30 countries around the world.

In 1996, he co-founded a watershed stakeholder organization called the “Blue Circle” of Santa Cruz County. The Blue Circle has been helping to break down barriers that prevent watershed project coordination and cooperation between agencies, private interest groups, landowners, and the general public in a social atmosphere for over 20 years.

Rich was honored by NRCS and the U.S. Department of Agriculture in 2010 for his early pioneering efforts that led to the establishment of a national NRCS volunteer program called the “Earth Team”. Rich signed up the first three official NRCS volunteers in the nation in May of 1981 and had volunteers working beside him until the day he retired. Today, nearly a half million people have participated in the program nationwide contributing more that 15 million hours toward the conservation effort.

Rich has a Bachelor’s of Science degree in Natural Resources Management from Humboldt State University. He has been an active member of the Soil and Water Conservation Society, having served as past California Chapter President, since 1975. Rich loves wine tasting, golf, jogging, acting/modeling, wood working, and travel. He even practices erosion and sediment prevention on his own small horse ranch in Aptos, CA where he lives with his wife of 37 years. He and his wife also own and operate an adventure travel agency and have organized and led groups to exciting destinations around the world including Patagonia, Antarctica, Galapagos, Peruvian Amazon and Machu Picchu, Northern Spain and Portugal.

Rich has had no problem staying productive and involved since retiring earlier this year. He has been lecturing, providing pro bono planning and consulting erosion control advice, and serves on several community committees dedicated to the conservation of one or more local natural resources. He’s also doing some wine tasting and playing golf.